Von Einem “The Von Einem Tapes” 2CD – The full discography of Mark Groves’ Von Einem project, issued over the past few years on varoius short-run cassettes, comes together here to represent a truly impressive minimalistic power electronics collection. The Von Einem project takes its subject matter from various documented acts of depravity purportrated around Adelaide and South Autralia – not just related to the murders that the project name references, but also numerous documented instances of murders committed by police officers. The Von Einem canon is a taut, focussed conceptual work that alludes to themes of dole-class drug cultures and ennui as gateways to violence for its own sake. Groves holds his sonic weapons close to his chest; there are none of the walls of white noise you’ve heard a million times before here. Instead, each blast and clang is laden with foreboding and dread meaning. Comes in three panel pro-printed sleeve with booklet – essential. 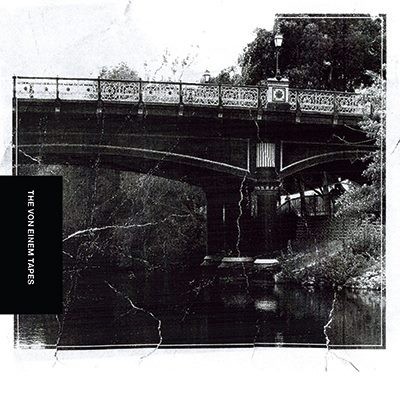 Decibel “Tuned Darker” LP – This album is named after a line from a poem by Louise Glück which refers to the subtle and parallel changes in light and sound. This album is an exploration of this subtleness. In it, sounds shift and morph, teetering on the edge of, and in-between, tunings. Instrumental colour is the focus of this album, in particular the way it changes in different ranges, diffusions and voices. Hope’s “Lowest Drawer” explores a slow, dark and gentle comparison of electronic and acoustic low sounds that create complex acoustic beatings as they slowly unfold. James’ “n dimension” uses samples of wavering acoustic instrumentals to create a sea of sound diffusions that explores concepts of dimensionality. Vickery’s song cycle “Night Fragments,” featuring Caitlin Cassidy, uses text by Belgian surrealist author Françilon Daniels to explore the twilight between sleep and wakefulness, with different instruments often progressing at different rates from each other using click tracks to guide them (comes with download card).