My second collaborative remote ensemble for this year’s CURRENT is with Juana Beltrán & Michael McNab. 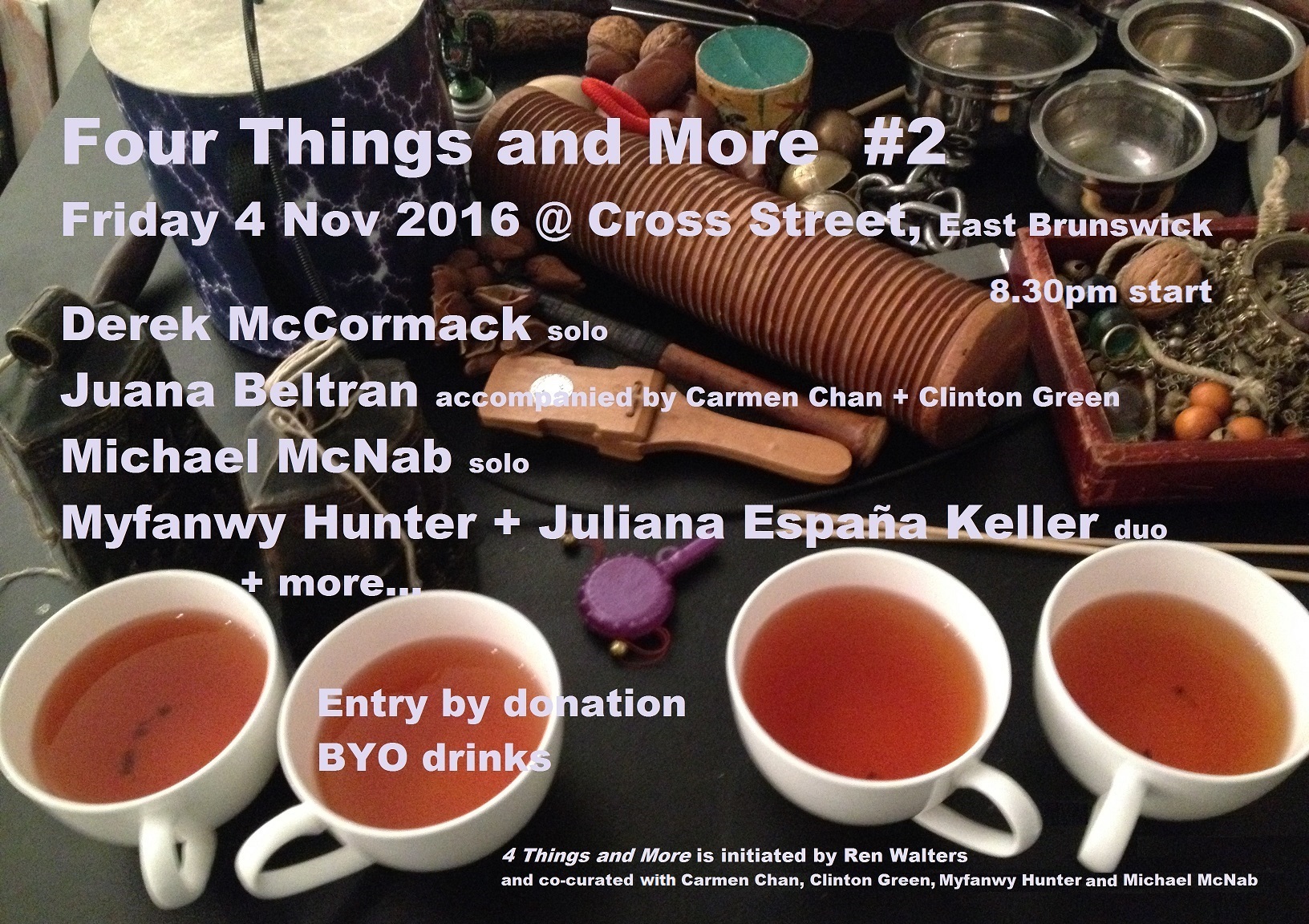 A rare occasion this Friday night – I will pick up a guitar and perform in public with it. I’ve been pretty much dared into doing this by Carmen Chan, but the joke is on her as she has to perform with me. Just goes to show; ask/dare me to do anything in a performance and I’ll probably consider it.

It’s been an interesting couple of weeks engaging consistently with guitar again in preparation for this. I recorded and performed on electric guitar for many years before giving it away for other things. This time, I’m playing acoustic guitar. Although the mechanics of the instrument are very familiar, my relative inexperience with the acoustic version means I’m still approaching it as a new instrument/sonic object in many ways.

I am performing in a trio with Juana Beltran and Carmen Chan. WARNING – I may play guitar…

Soundings – A Walk Through Extemporization

I am performing solo acoustic turntable.

I will perform a new work/experiment for acoustic turntable and live projection.

I’ve been invited to participate as a guest artist in Ren Walters’ Artist-In-Residence programme.