Purchases can be made through Shame File Music, where available.

The Archive Series compiles out-of-print, compilation and previously-unreleased material. It is currently in the process of being reissued on the Shame File Music Bandcamp page

Undecisive God “Archive 2: 1994-5” digital (Shame File Music, 2002) This archive features Undecisive God’s second release The Celestial Emporium of Benevolent Knowledge, plus 3 other compilation tracks, and an early version of “Hallowed Be Thy Name”.

Undecisive God “Archive 1: 1991-4” digital  ((Shame File Music,/Smell the Stench, 2002) The first in a series of CDRs collecting Undecisive God’s history of recordings.  This includes the debut cassette The Difference Between Light and Shadow in its entirety, plus some previously unreleased material and compilation tracks.

THIS Ensemble “Brown Paper Business” 2CDR/digital (Shame File Music, 2021) – Mammoth live recording of from 2016 of Ren Walters’ large-scale improvising inter-disciplinary collective, the culmination of the group’s intuitive development over a number of years of ritualistic performances. “Brown Paper Business” takes the form of an organically-developed/improvised operetta where the unique culture of the group allows the development of recurring themes and motifs over extensive durations.

Moe Chee “Be It Hot, Humid or Ghostly Cold” CD/download (Shame File Music, 2018) – Recorded in the streets and various locations around Taipei in 2015 (except for the last track, recorded on a Walkman distributed to the audience during a 2016 participatory Moe Chee performance in Melbourne), Be It Hot, Humid or Ghostly Cold is an amalgam of field recording, public space performance, conversation, and explorations of the potential for creativity and musicality in everyday life. Limited edition of 50 CDs in covers designed and handmade by Tasmanian artist, Anna Dusk, as well as digital download.

Moe Chee and Jen Callaway “Testament of the Trinity” cassette (Alberts Basement, 2017) – This recording documents the sixth day of Moe Chee’s seven day public space performance piece End of April, Beginning of May (2015). Recorded in front of the State Library Victoria, Testament of the Trinity takes place around midnight on a Friday night in Melbourne, incorporating a streetscape of late-night revellers & Christian preachers. Moe Chee weave and interact through it all, with guest performer Jen Callaway (of Is There A Hotline?, Hi-God People and more). Cassette is produced with two alternative covers.

Nevermet Ensemble – “Mitsubou” online release (Rudimentol, 2010) A virtual band of artists from around the world, from whom sounds were solicited then mixed together in to songs. Featuring Clinton Green. Download – access code is (3 – 5 – 2) 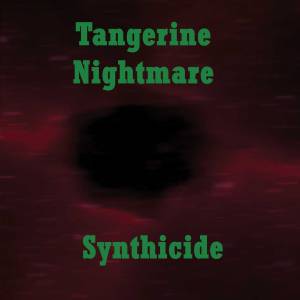 The Unnameable “Graves are not harde to digg, nor acids loth to burne” mp3 EP (Dreamland, 2005) Three new tracks from The Unnameable exploring the black gulfs of sound. Download 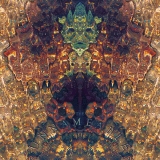 The Unnameable “But of that, I will not speak…” CDR (Shame File Music, 2002) A collaboration with Andrew McIntosh of N.FIOS/Screwtape, Parasicitus Dei and Scroungers. This is an ambient/noise tribute to seminal horror writer, H.P.Lovecraft.

One thought on “Archive series and other projects”